Tap to Pay: your iPhone is now a pin pad 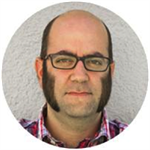 
Miguel Nicolás O'Shea is a life-long copywriter (more than 15 years working in agencies) and a specialist in Search Marketing (SEO and PPC). From now on, he will contribute with his online marketing experience to Oleoshop, publishing regularly.